Let’s try to keep this short and sweet.

Let’s agree that buying a computer, whether it is for home, office, production line, or bicycling (hobby or competitive sports) should be dictated by the intended use of that particular computer. To cite an exaggerated example, we don’t have to buy a computer capable of operating at 20 Petaflops to solve a simple mathematical equation. That would not be an overkill, that would be annihilation!

People in the know define Petaflop as “the ability of a computer to do one Quadrillion floating point operations per second (flops)”.If, quadrillion is still too many to understand easily,let’s try “terabyte” as reference point. One petaflop is equivalent to one thousand teraflops.

Back to the best GPS for Bicycling.

As human beings, we are all basically the same but, as individuals, we are all unique. Each with his/her own preferences.We considered that point in writing this article. So, to choose the best GPS Bicycling Computers, we established the common functions of the existing units as the basic requirement – and then, we moved on from there. The absence of specific ratings is intentional. Individual differences, remember?

And then they have:

(Strava is the Facebook equivalent for cycling pros and enthusiasts.)

Here’s where these cycling (GPS) computers differ and why we consider them among the best:

SRM Power Control 8 sells at $750.00. That stiff price was justified by claims that this unit can track data at 4x/second while its competitors can only do 1x/ second. This spells for a more accurate information and SRM-PC followers believe that their system is more robust.They never had any incidence of corrupted data. Its 500mb memory can hold around 4,000 hours of training data.

It is powered by a 1300 mAH Li-polymer battery that lasts between 10 – 45 hours (depending on features that are continually in usesuch as- GPS, BT, etc.).On stand-by mode, it can last up to Three (3) weeks.

The choice of the World’s Cycling Elites. It is used by at least 8 of the world’s best cycling teams. It is compatible with all ANT+ Power meters.

You can upload files using the SRM Device Agent program which works with Mac and PC OS. It comes in a flash drive along with the unit. Upload is about two seconds and the file can go into any computer-based training program.

The device can remember up to Four (4) different bicycles settings, including ANT+ profiles.

Garmin Edge 820 is for those looking for a feature-rich GPS cycling computer. Features that include a 16gigabyte of storage capacity, WiFi connectivity, Bluetooth, incident detection, pre-loaded maps, weather, SMS/Call/email notifications, social media, and live tracking, colored touch-screen and Group Tracking. The only other cycling computer in existence that has a touch screen is Garmin 1000 but it is heavier, with bigger screen, andnot much else.

Group tracking can tell you where your team mates are, live and in real time. Again, Garmin 1000 is about the only other cycling computer that has this capability butat $399.99 Garmin Edge 820 is a $100.00 cheaper.

You can create your own route for training purposes with this unit as well as interval training.

Its battery, however, can only endure for 12 hours with all those features. A“Battery Saver” will allow you to record your activity to the end but it will disable the display and everything else.

If what you want is just to get on with it, no fuss, no fidgeting, no fanfare, you might be surprised with what you’ll get with Bryton Ryder 330. For $130.00 this cycling computer can get you connected to all ANT+ sensors available in the market at the moment. Almost without effort from the user, it can monitor and dish out 72 different metrics. It even has its own barometric altimeter that does not rely on GPS for accurate altitude reading.

Another great thing about Bryton Rider 330 is its battery life which lasts up to 36 hours. And you can set it up to automatically upload your data to Strava and other training apps. It can load maps using Bryton software, sync data fast via WiFi and it supports training functions.

Of all the devices that we have in this list, Cateye Padrone Smart+ is the only non-GPS cycling computer that provides GPS functions. Well, in addition to all the basic functions that we have already enumerated at the beginning of this article.

To be able to deliver GPS functions Cateye Padrone Smart+ connects to your smartphone. It mirrors the functions of the phone while the phone sleeps. At first glance, this didn’t seem like a very bright idea. I mean, why use two electronic gadgets when one will do?  Thenyou realize its job is actually to allow the use of the phone’s superb features (including: SMS, calls, and real time upload on social media) without directly exposing the expensive phone to harsh natural elements and saving its battery power.

Cateye Padrone Smart+ is at the lower end of the price bracket. Amazon sells it at $129.95 the last time we checked. Its bundle include 1 mo. Subscription to Strava and it can auto upload on FB, Twitter, Strava, Training Peaks, etc.

With the price pegged at $329.99, Wahoo Elemnt is offering a rather complex, feature rich, high-tech product that does all the complicated tasks by itself. The unit has Bluetooth 4.0, ANT+ dual-band technology and it comes with companion app that allows you to customize a lot of things – if you feel like – or you can just let it take care of all the techie stuffs as it connects seamlessly to your power meters and all sorts of available monitors (heart rate, etc.).

To do that, you only have to download a Q.R. Scanner, scan the code and all that is left to be done is click a few buttons to choose your preferences.Including what you want to see on the screen monitor while you are on the road. Wahoo Elemnt is only available in black & white which it considers as the best way to fight glare.

It can load maps and do Turn-by-turn navigation, it has SMS/Call notifications and it can upload data to Strava and other social media sites. It has Live Tracking like Garmin Edge 820 but simpler. 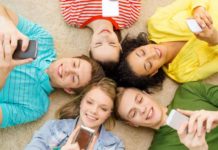 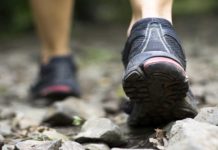 Fitbit is the Best Fitness App in 2019 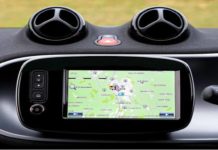