Amid the rising awareness of the disastrous consequences of staring at your phone while driving, there has been a rising demand of heads-up displays. There are various heads-up displays for cars in 2017 but the best of them is Navdy. How is Navdy different from other Heads-up displays for car dashboards? Well, apart from showing you the maps on your car screen, the futuristic display also shows you all the mobile notifications. This feature completely kills the need to check out your phone for new messages and emails.

Navdy comes with a mounting stand which could be adjusted accordingly. There are three options when it comes to the size: large, medium and short.

Another great feature of Navdy heads-up display is the dial, which could be fixed anywhere on the steering wheel. The dial is used to interact with your smartphone, change screens, set directions on map and much more. Using the dial you can select songs, contacts, change routes. You must fix the dial at a position of the most convenience on your steering. With the dial, you won’t need to touch your smartphone, and yet enjoy all the features whilst keeping your eyes on the road.

Perhaps the only negative thing about Navdy is that you will have to connect the device with your car’s OBD-II port, which is usually found underneath the dashboard. This port is used to identify and diagnose problems in cars. After connecting with the port, the display will come to life. Navdy has a tiny projector which projects the mobile screen on to a small glass display.  The display of Navdy automatically adjusts to the environment. So the screen brightness will increase during the daytime and become light when it’s dark.

Navdy heads-up display for dashboard 2017 shows you your location all the time. The device also comes with offline maps which are taken from HERE. You can also check out your car speed and gas levels on the heads-up display on Navdy.

Navdy heads-up display comes with Android and iOS app. You can install the app and control the display using the in-app control center.

Navdy costs around $500, which is extremely costly given the fact that there are much cheaper heads-up displays available in the market. But if you frequently travel on long routes and need a quality heads-up display, you should go with Navdy. 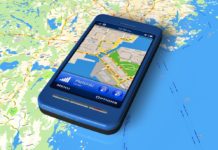 Driving: Should I Equip Myself with GPS Tracker? 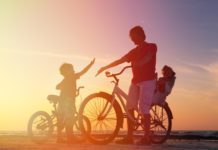 My Child Asks For an E-Bike: Pros and Cons 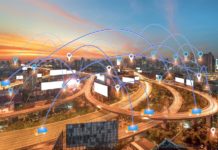