Home Industry News How a GPS Device Saved a Couple and Their Dog in Hurricane...

Pamela and Sebastian Blanchard used to live on a boat with their dog Leila near the shores of Marathon, Florida. All was good before Weather department issued its first warning of Hurricane Irma, which as quickly roaring towards the shores of Florida. At first, the couple didn’t take the warning calls seriously. But then the weather started to change, and the local authorities told them that the storm would hit their area pretty hard. After consulting several friends and local police, the couple decided to start sailing towards Long Beach, Mississippi, where they have a home. During the first two days, it was a smooth sail. Sebastian had with him the famous inReach Garmin GPS device, which is powered by Satellite communication. The GPS is capable of sending and receiving messages in harsh condition. Users can also generate SOS messages to the always-active global monitoring center.

On the third day, the Hurricane changed its course and started moving westwards, towards the Gulf of Mexico, where Pamela, Sebastian and their dog were en-route Mississippi on their boat. Sebastian was in constant communication with his friends on ground. The weather quickly changed its mood and things didn’t look good. They were about 100 miles south of Apalachicola, a coastal city of Florida.  The weather condition became so difficult that they couldn’t steer or control their boat.

Sebastian decided to use the SOS message feature of the inReach GPS device, as it was the only hope to call for a rescue mission. After the SOS trigger, Sebastian received a confirmation message from the International Emergency Response Coordination Center (IERCC) within a few minutes. The emergency center contacted US coast guards and shared Sebastian’s location with them. The Coast guards asked the couple to hold tight and wait for a rescue helicopter. But the helicopter wasn’t able to come before the next daylight. The couple braced for a tough and dangerous night.

The boat of the Blanchards kept getting hammered by 30-foot strong waves that night. 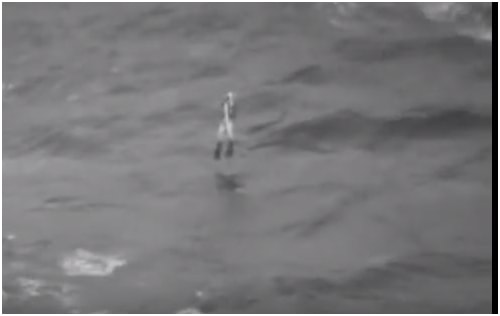 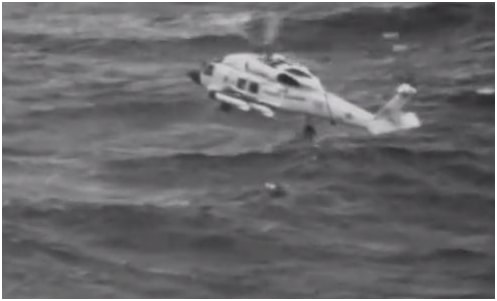 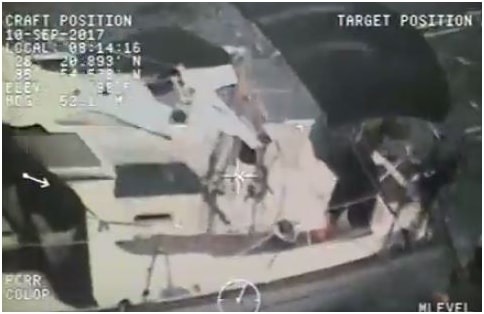 Sebastian’s inReach GPS beeped at about 3AM in the morning. It was a message from the Emergency Response Coordination Center (IERCC), informing the terrified couple that a Coast Guard aircraft would contact them to verify their location, which was hitherto tracked by the Garmin GPS.

After four hours, the GPS spoke again. The couple was informed that a rescue helicopter was on its way. The coastguard swimmers came to the boat, swimming through 40-mile-per-hour winds and 20-foot waves.

Here is a video of this ordeal

Thankfully, Pamela, Sebastian and Leila were safe. The coast guard attached a beacon GPS device to the boat so the couple could recover it after the storm subsided.