The term Global Positioning System conjures up images of GPS devices being used in space-age technology and vehicle navigation systems. GPS tracking devices have also become a part of our daily lives today. However, many people are sceptical about the use of these handy devices. Many people claim that they will face data privacy and security issues on using it. But, how much of this statement is true? Do others have access to your information unless and until you share them? It is true that the person having access to the GPS tracker will know the exact location of the concerned individual.

With the advancement of technology and GPS manufacturers striving to strengthen security aspects, the chances of data being leaked have become negligible. Many families and business owners have started to trust the system and are applying it in different ways. In fact, these applications have made its way into animal tracking, farming and even gaming technology. Animal tracking helps in monitoring endangered species and their behaviour in such way, so they and their habitat can be better protected. GPS system is being used in games to make them more attractive and interesting. However, the number of cases related to hacking and breach of data has also risen over the past few years.

The potential of data leakage is not insignificant considering that the GPS trackers are marketed as safety devices—keeping track of cars, pets, employees, children and the elderly. Cases have been registered which show that the GPS tracking software has been hacked, and the location detected is not in the vicinity of the vehicle or the person. Some companies have the policy of reimbursing a part of the travelling expenses of their employees. There are many who manipulate the data of GPS trackers to avail this scheme even when they were sitting at home. Many incidents have been highlighted where the police or authoritative bodies had tracked a stolen car with the help of a GPS tracker. But, many incidents have also made to the headlines that the thieves had maneuvered the GPS tracking devices and thus escaped the hands of the law.

Security issues in the field

GPS trackers are heavily used when it comes to maintaining the security of the state. It is another instance of taking the advantage of the location-sharing feature of Global Positioning System. Small GPS tracking devices can be easily carried to the field when a soldier is on duty. They help in navigating through difficult terrains and have a better understanding of their position. Moreover, reinforcements can be immediately sent from the base whenever there is urgency. Even as these GPS tracking devices claim to be secure, there have been instances of data being leaked out to the opposing forces. As these tracking devices can help locate a fellow soldier they can also give access to crucial information if the enemy had breached into the system.

Most of the apps nowadays ask for access to Device information and Location. If a person is using his/her smartphone to have access to the GPS tracker then he/she should be careful about downloading any app which asks for access to Location. Infringement of GPS tracking system can lead to photos and location of your house being leaked. This information can be misused if fallen into the wrong hands. There is also the matter of crucial information like email IDs and their passwords, Word and PDF files being violated. Numerous identity theft cases were registered over the past few years. The hacker may also have access to bank details which may result in the embezzlement of money from the person’s account.

Stalking or locating the user

The concept of cab apps is totally based on GPS trackers. These devices are immensely helpful when it comes to reporting road blockages or heavy traffic in a route and thus suggest an alternative route. The chances of being lost when a person is travelling with or without their family are nil. Sometimes, sharing the location can save their life. In some cases, use of GPS tracker in a car may be seen as a violation of privacy. The person will not be able to go to a place without data about the location being encrypted in the system. Their movements will ‘always’ be monitored. The person concerned may have the feeling of being in a cage. This is one of the main concerns when it comes to people being reluctant to using such devices. Parents who are overprotective forget to give some space to their children.

Every coin has two sides. It depends on the user to combine both the features to their advantage. As observed through this article, sharing location through GPS tracker can be a boon too. Data privacy and security are, at the end, in the user’s hands. 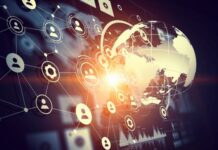